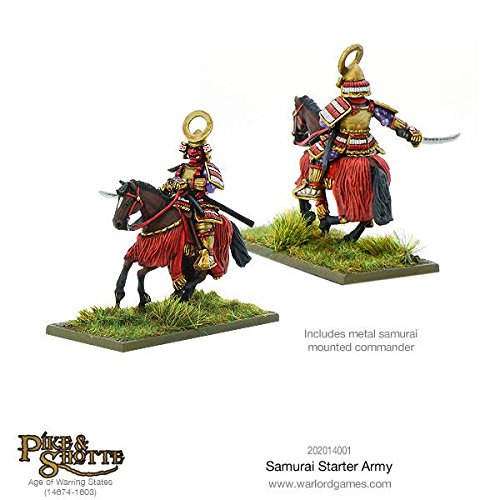 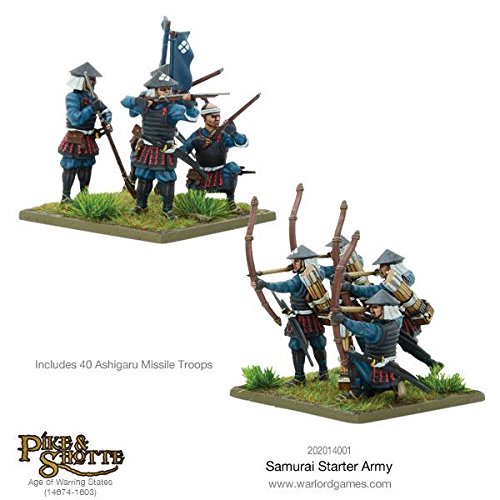 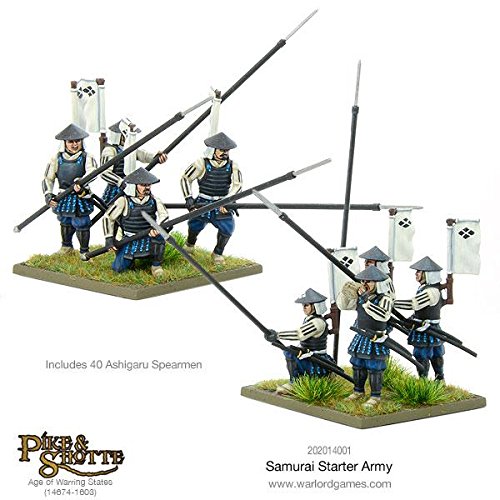 Sorry, we're doing some work on the site

。 "The Samurai are the almost mythical warrior caste of Japanese history. Their most famous exploits occurred during the Sengoku period between 1467 and 1603. With the Emperor and the Shogun unable to control the many daimyos, there was near constant fighting between the various factions. In these times the Samurai code (Bushido) became more defined and standards of fighting improved. Even the introduction of the musket in 1543 was seen as an opportunity rather than a threat. The Samurai starter army box set contains: 1 metal mounted Samurai commander (two bits, horse and rider) 12 Samurai Horsemen 20 Samurai 40 Ashigaru Spearmen 40 Ashigaru Missile Troops 6 decal sheets (Takeda Clan, 3 white and 3 black) 4 leaflets 12pp booklet ÅArmies of the Daimyosî with army lists and rules Infantry and cavalry bases Ashigaru (literally Ålight footî) were so named as they had lighter armour than the Samurai. They also formed the bulk of the armies of the day. Each Samurai was expected to provide two armed Ashigaru. Many of these would be armed with the yari (spear). These are not the pike blocks of contemporary Europe as the Ashigaru were trained to fight in a looser formation, travel quicker and their spear was for slicing and thrusting. Many a battle was won by the Ashigaru, especially if cavalry were foolish enough to attack them from the front. " 。 。 。 Scale: 28mm - 1/56th 。 All models come unpainted and unassembled! 。 glue and paint are not included 。 Include: 100 Infantry 13 Cavalry, plastic and metal miniatures 。 12 years+ 。 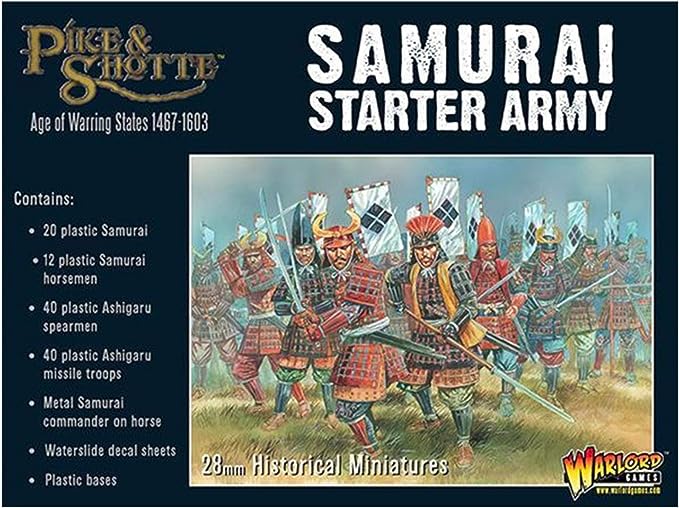 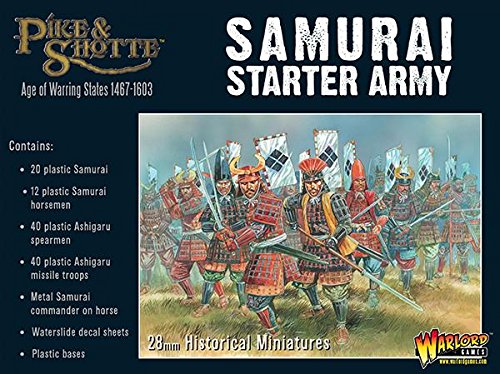 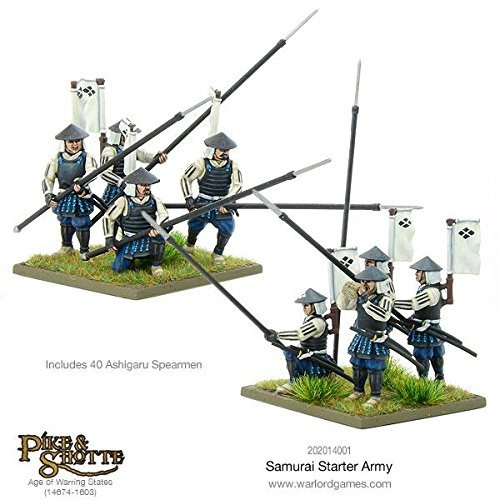 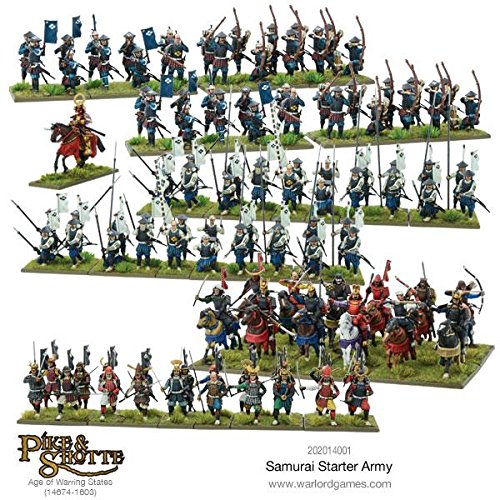